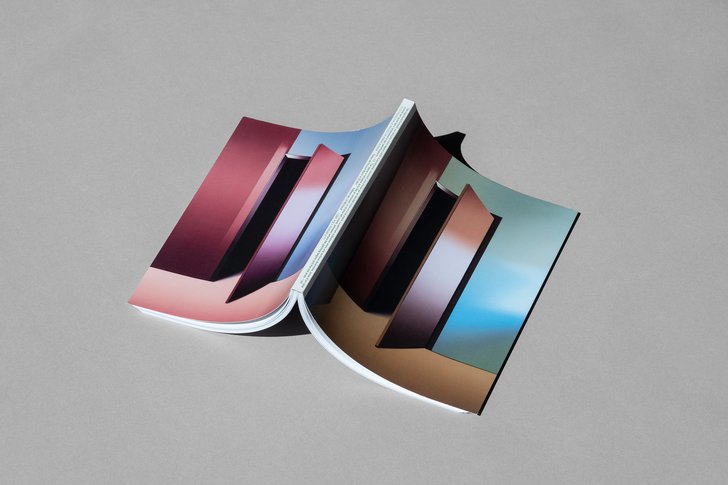 In 2017, Montreal painter Pierre Dorion presented three simultaneous exhibitions in three different locations: Occurrence, soon.tw, and Galerie Rene Blouin. In collaboration with both the artist and these venues, Principal was commissioned to produce a book on Dorion’s work.

This work is marked by an interest in architecture, context, and light. One of Dorion’s peculiarities is to draw inspiration from points of view on exhibition sites and to create paintings based on photos, even on details of these photos.

From the outset, a mise en abyme became central to the concept of the book, which presents a sequence of images that intertwines the artist’s production with its photographic documentation, creating a fertile to-and-fro between the reference images taken by Dorion and his pictorial work. Texts by Vincent Bovin and Eli Kerr, printed on grey paper, punctuate the sequence of images.

Emblematic of its content, the book’s front and back covers each feature a different painting of the same door, painted at different times of the day—two points of entry into Dorion’s work. 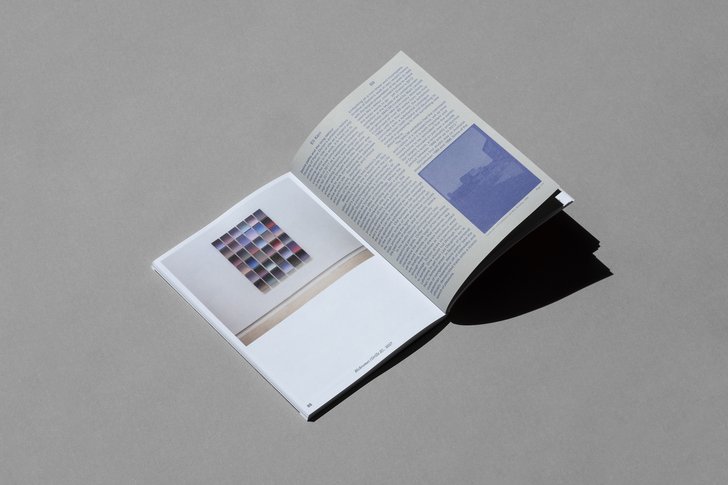 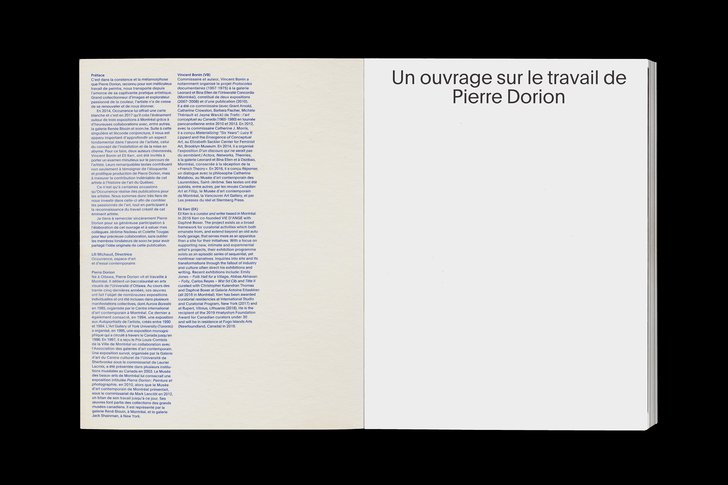 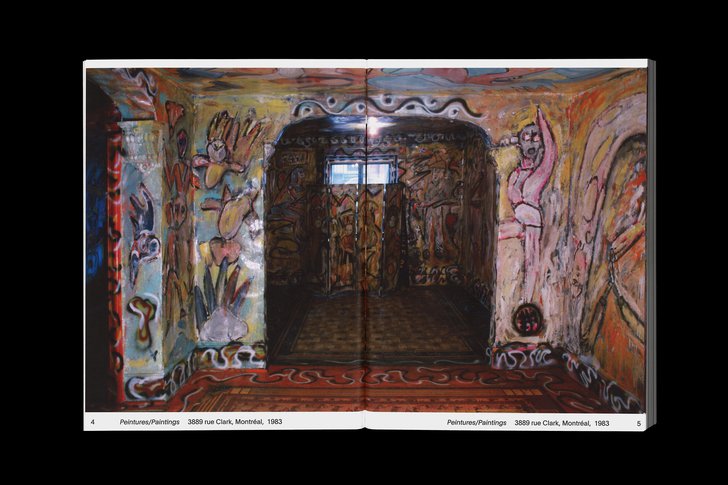 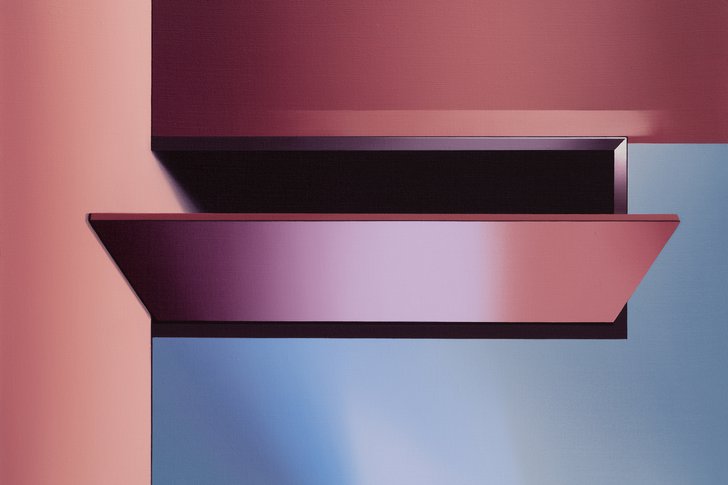 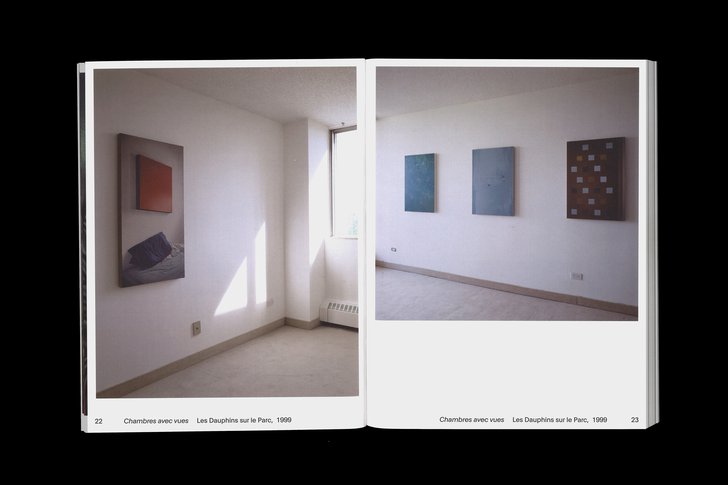 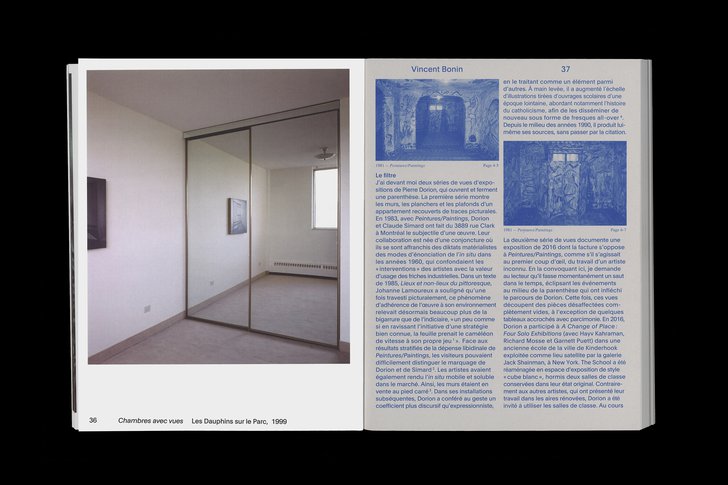 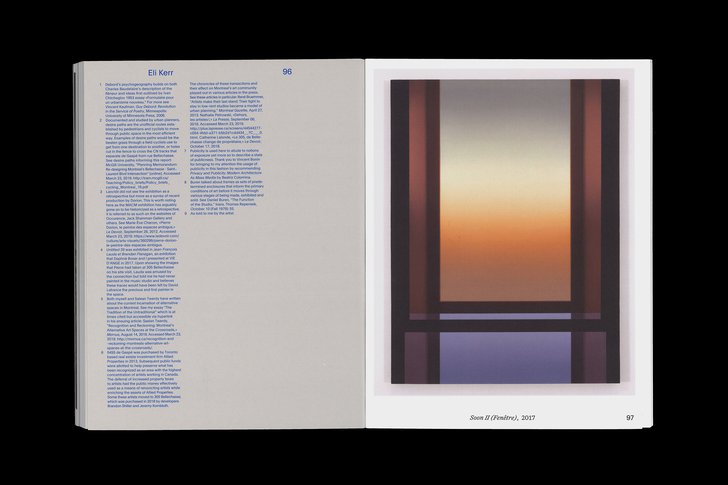 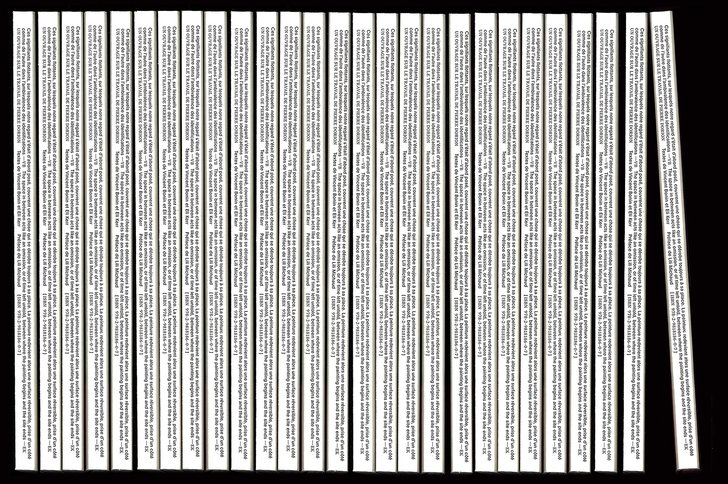 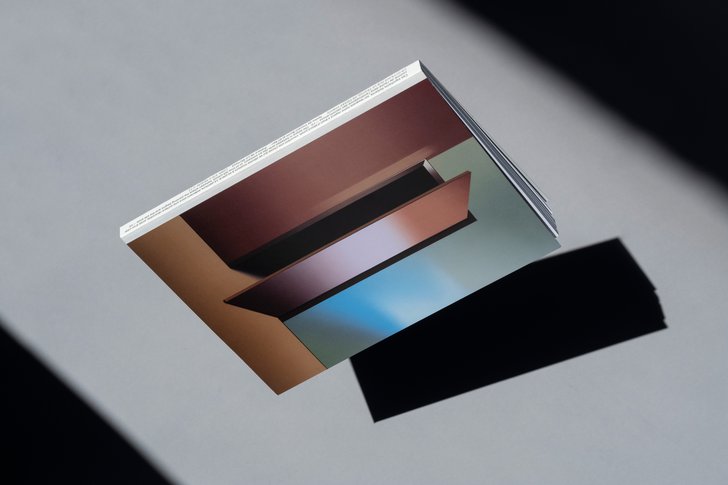