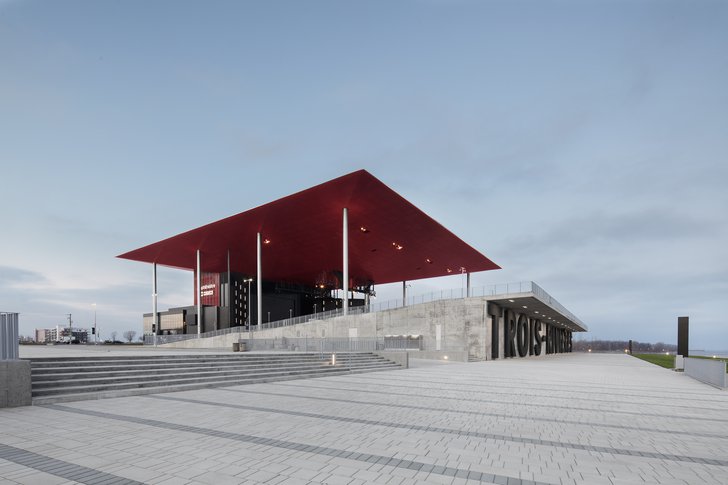 At the confluence of the Saint-Maurice and Saint-Lawrence Rivers, the Amphithéâtre de Trois-Rivières is a highlight of the Mauricie territory. The building, conceived by Paul Laurendau, won the Governor General’s Award in architecture. Principal was given the mandate to work on identificatory interventions associated with the venue’s spatial markings and to conceive a functional signage for the new building.

The signage project was developed to fit directly into the architecture in such a way as to reduce the need for physical props. Walls and doors become informative spaces. A series of pictograms was created to clarify the signage itinerary. The outcome was an elegant clarity of messaging highlighted by the architecture. The simplicity of the system and its typographical refinement are now characteristic of the venue. Facing the river, the monumental inscription “Trois-Rivières” becomes an architectural gesture and serves as a city landmark. 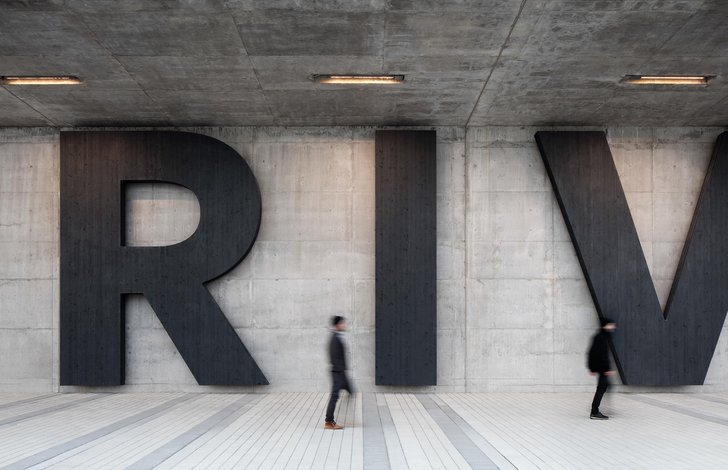 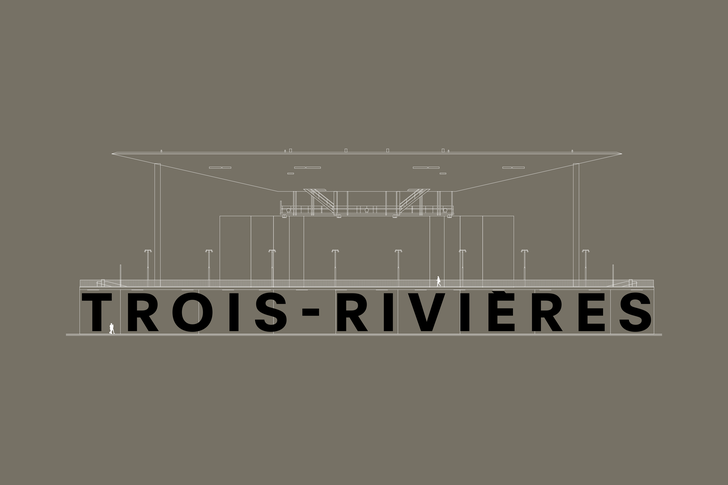 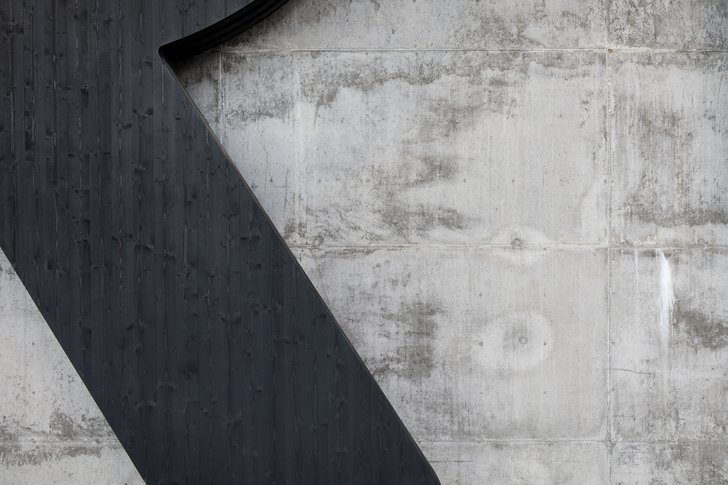 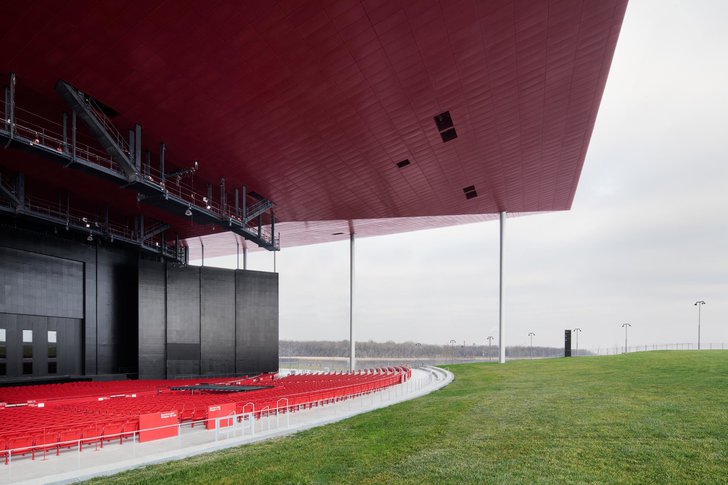 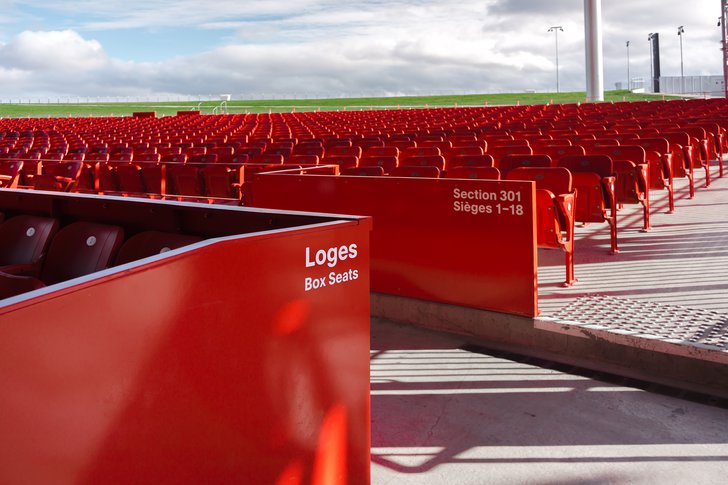 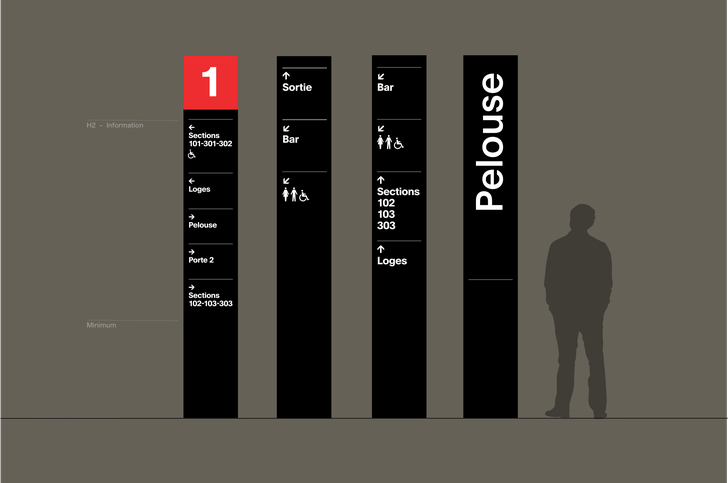 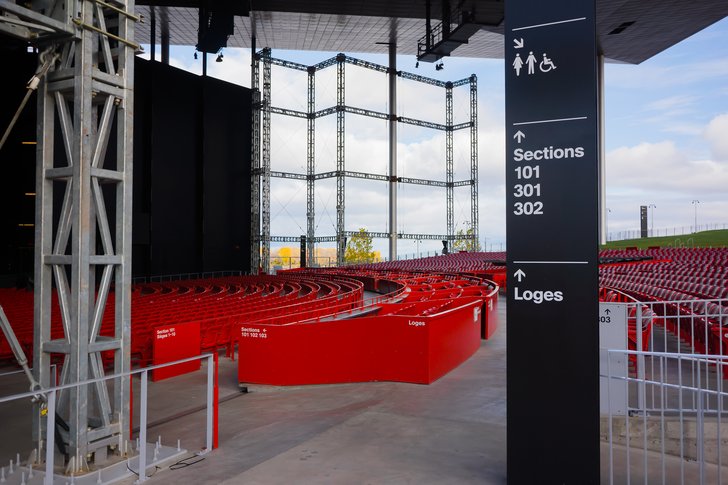 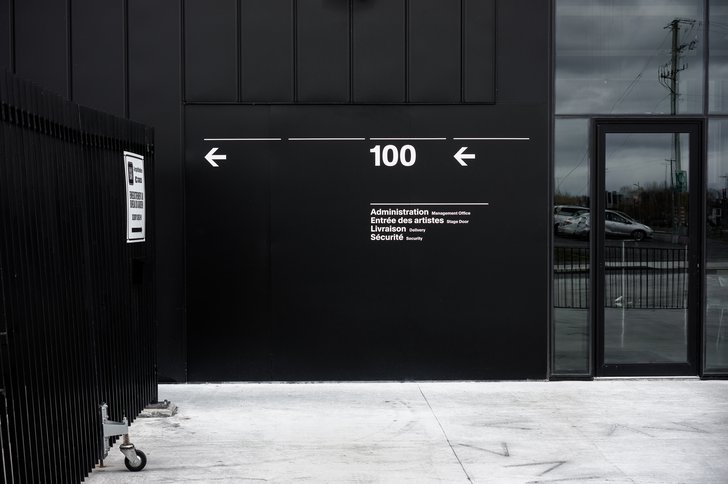 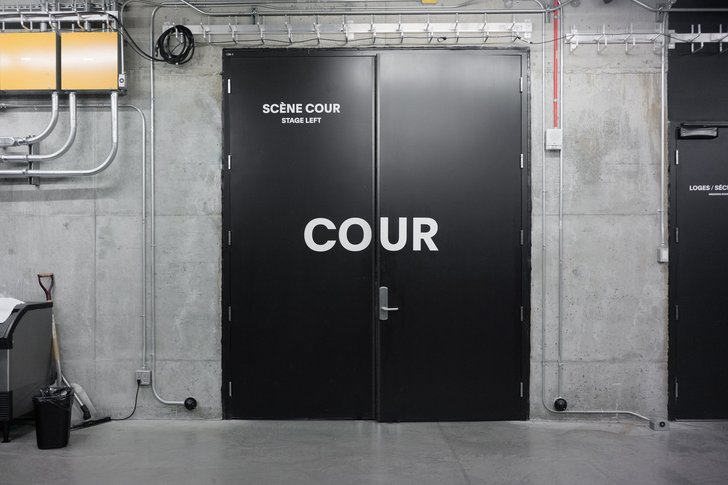 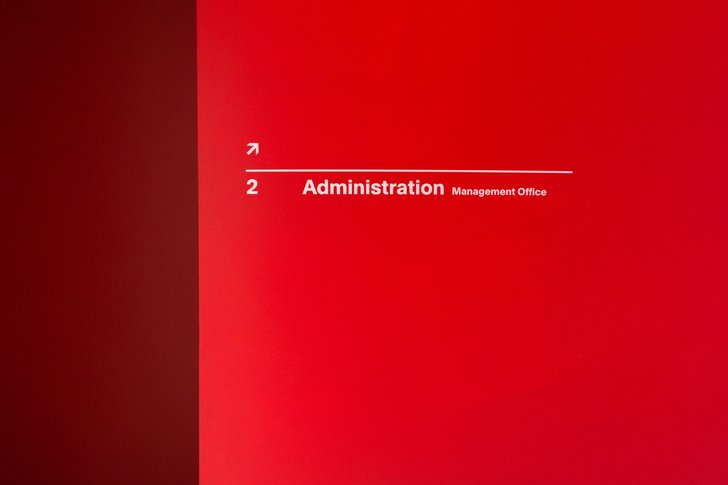 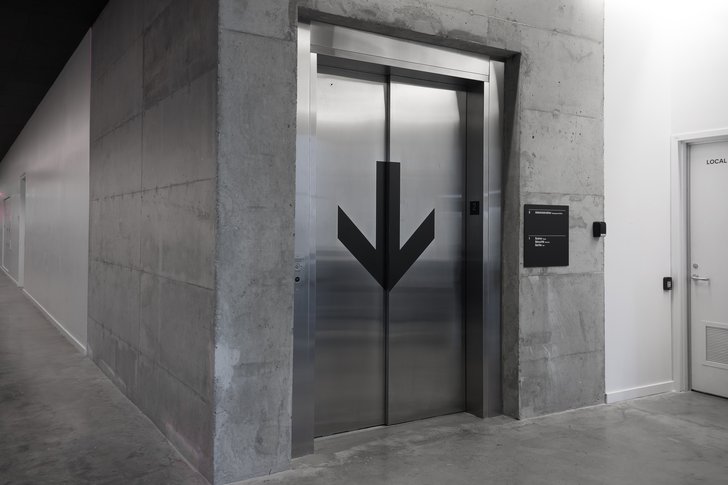 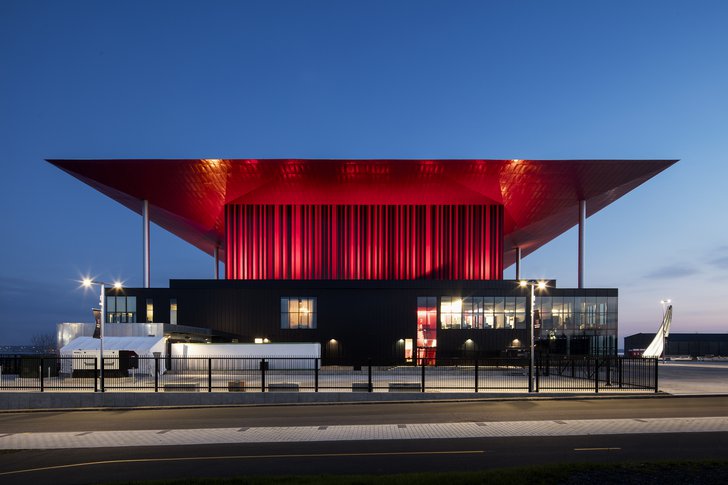