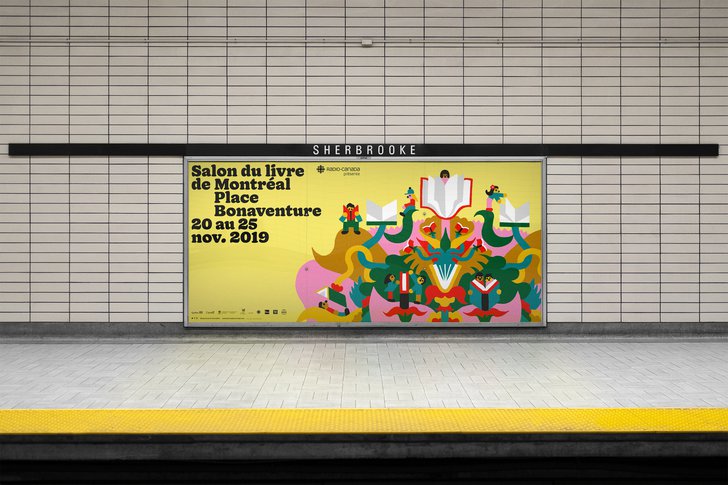 For over forty years, the Salon du livre has been a yearly gathering for readers, artists, and the publishing world at large. As its mission is to promote and highlight books and reading as cultural goods, particular attention is given to the production of each edition’s visual tools.

Principal has worked with the Salon du livre for the last five years and ensures its artistic direction. Each edition must have its own language and help build and promote the institution’s identity. A new illustrator from Quebec is thus invited to work on the project every year. The illustration embodies the central element of an integrated design project in which the collaboration between designers and creators is crucial.

For this edition, we wanted to showcase young illustrator Mathieu Labrecque, whose work we have admired for several years, with a mainstream public project. Bursting with bold compositions, his universe delivers strong, untrammelled, original ideas. The image of a bustling tree and its array of components marvellously conveys the SLM values of love of reading, encounters, sharing, pleasure, and diversity. The representation of numerous interacting characters also echoes the SLM 2019 theme: se raconter—loosely, to tell one’s story.

The campaign spread with posters throughout the city, the subway, in newspapers, electronic media and journals, on the web and social networks, on TV, in addition to institutional communications tools and the event’s signage and scenography. 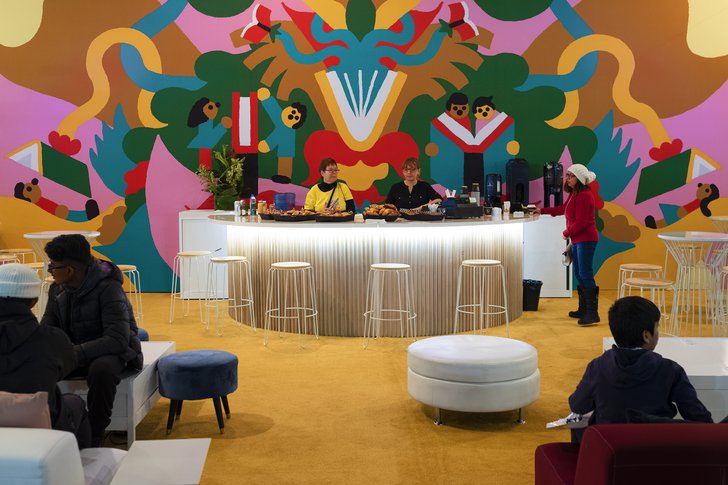 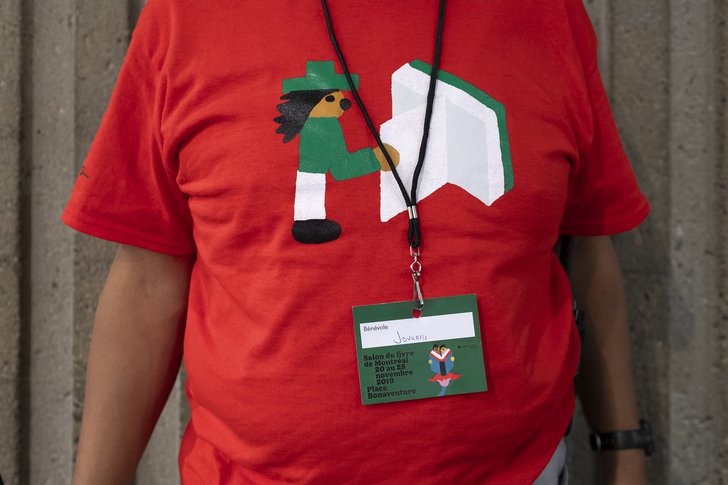 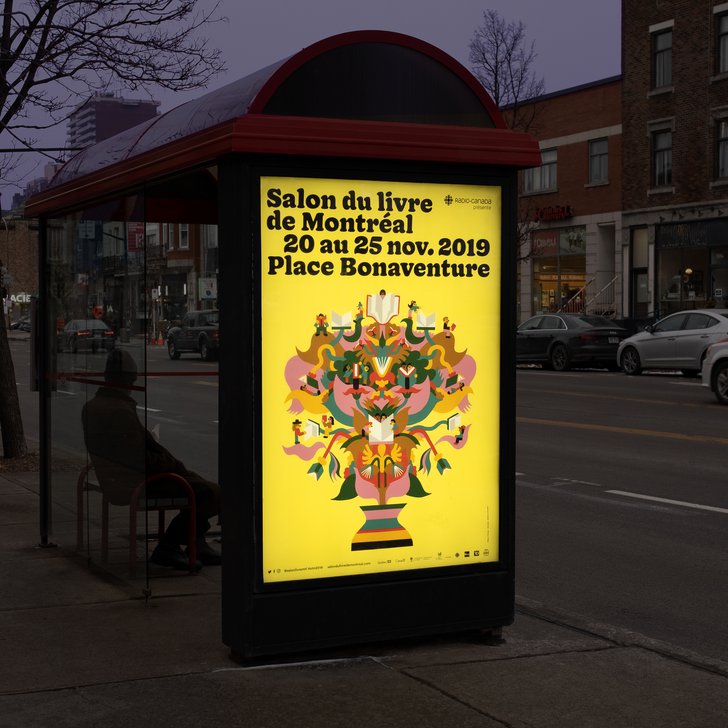 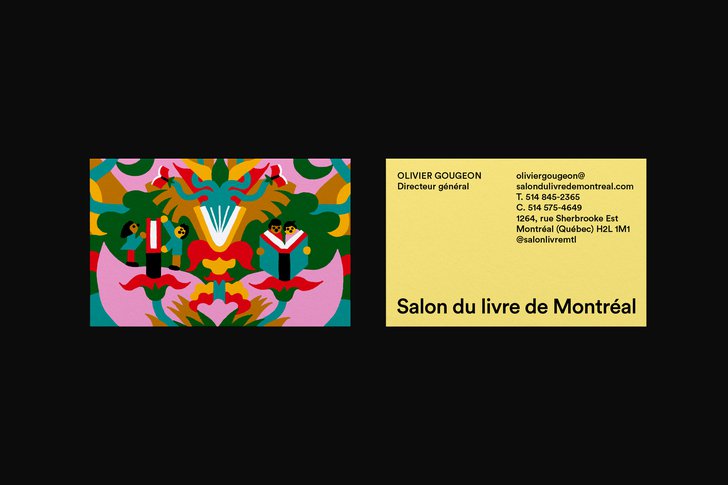 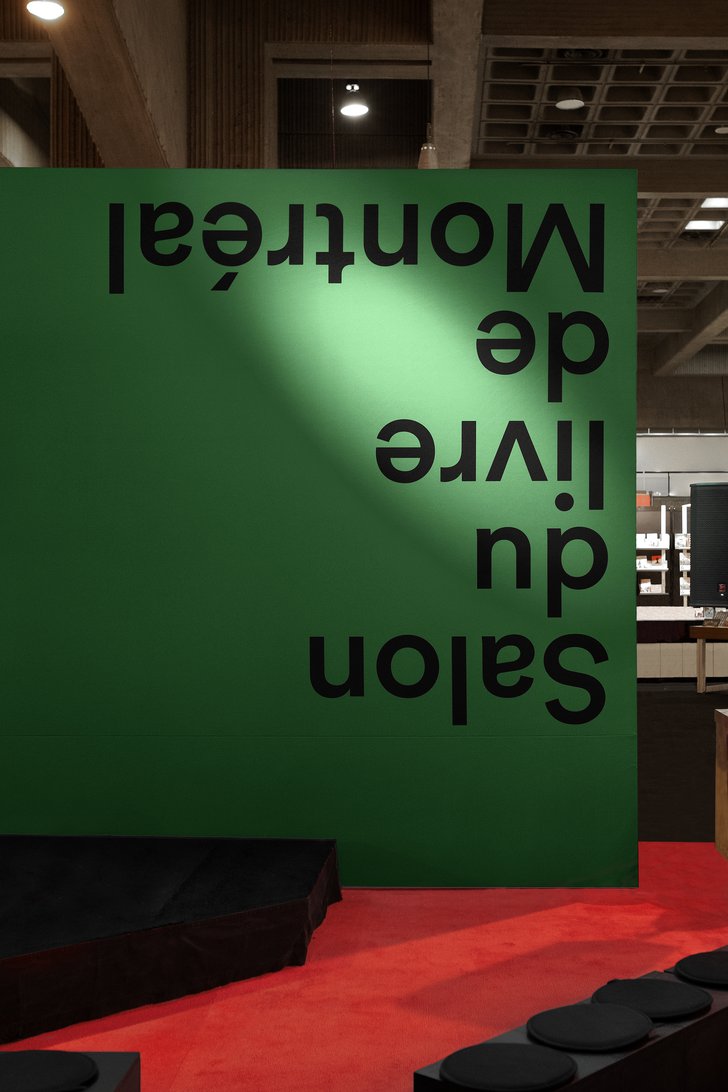 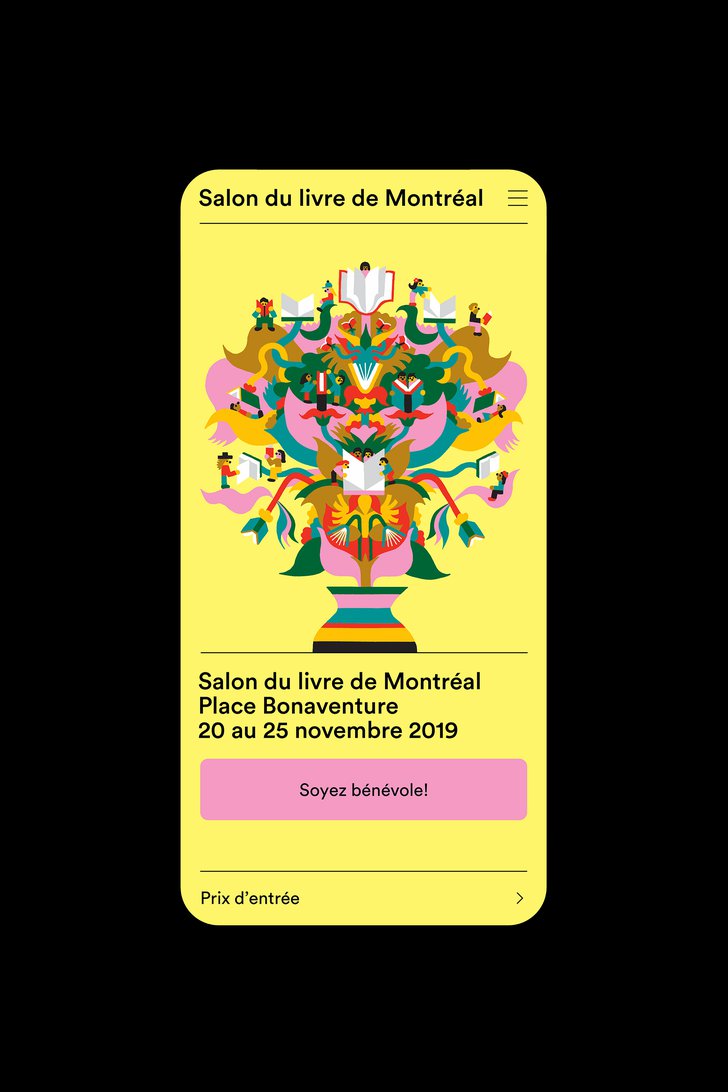